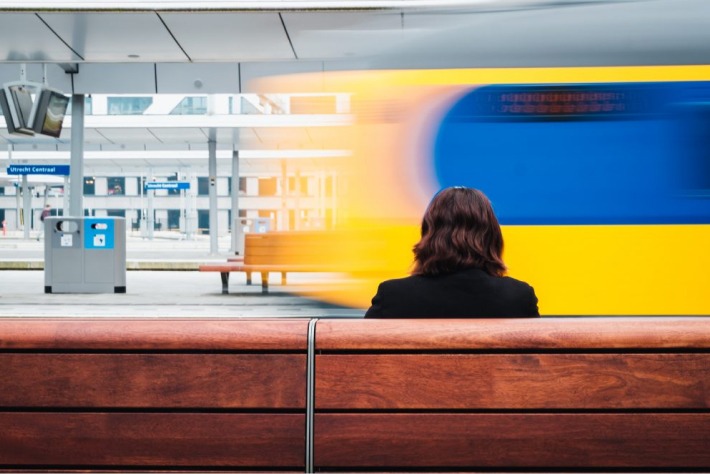 Mastering Public Transport in the Netherlands

We’ve all been there: You arrive in a new city and realize that you have no idea how to get to your accommodation. Should you take the bus? Metro? Tram? Or even a Taxi? And once you’ve figured out which one is your best bet, there’s still the process of getting a ticket... In case you’re moving to the Netherlands to start your studies in the fall, you may ask yourself the same questions once you first touch down in Schiphol. Fortunately for you, getting the hang of Dutch public transport is easy, even if you find that your feeble attempts at pre-arrival Duolingo-ing haven't quite paid off yet.

Below, we will give you the ultimate crash course on the Netherlands’ most popular modes of travel, so you can instantly start exploring your new city without the headache.

One card for everything

Once you move to the Netherlands, the days of buying flimsy little tickets are over. Never again will you have to scramble to find a strip of paper in the depths of your pocket while the conductor scowls at you impatiently. Instead, the so-called OV-chipkaart is your new best friend. Whether train, metro, tram, bus, bike or even water bus, your new travel card has got your back. Simply load money onto it using a ticket machine and you’re ready to get started.

What’s important to know is that there are two types of ‘OV-chipkaarten’, namely one that is anonymous and the other that is personal. Whereas an anonymous OV-card is not linked to you specifically, and can thus be shared between multiple people, the personal one has a picture of you on the back (we encourage you to pick your best selfie). You can buy an anonymous card at most train stations, for example by using the yellow and blue NS ticket machines. A personal card, on the other hand, can only be purchased online on ov-chipkaart.nl.

Which one you choose depends on how often you’ll be using public transport and the size of the city you live in. If you already know that your bike will be your new best friend, then don’t bother going through the process of applying for a personal OV-card. But, if you want to gain the title of ‘expert traveler’, a Student Mobility Card could help you get there. It works just like a regular OV-chipkaart, except that you will be traveling with a sweet discount, 15% off weekends and weekday off-peak hours. What’s more is that, once you’re fully registered, you’ll never again have to top up your card’s saldo. Gone are the days of missing a train just because you don’t have enough money on your OV.

Hopping on a train is definitely your best bet if you’re looking to travel between two Dutch cities. When you consider how small the Netherlands is, it’s really no surprise that so many people commute to their job or university here, and going from one major city to another by train often takes less than an hour. There are three types of NS trains to pick from: Sprinters, Intercitys and Intercity Directs.

While Sprinters are smaller, slower and don’t have any toilets, the more comfortable, double-decker Intercitys are definitely everyone’s favorite. Meanwhile, Intercity Direct trains are super fast and will get you to a destination in half the time, for example from Rotterdam to Amsterdam in just under 40 minutes. The only thing to keep in mind is that you’ll have to pay a bit more and get an Intercity Direct supplement to use these high-speed trains. Within the Dutch province of Friesland, in addition to the flashy yellow and blue trains, you may also come across the blue Arriva trains frequently departing from Groningen.

If you’ll be taking the train often, you might also consider loading a travel product onto your OV-chipkaart. There are various ones to choose from, such as discounted fares or unlimited travel along a specific route.

If you’ll be living in Amsterdam or Rotterdam, or visiting one of the two frequently, then you can take the metro and get that ‘big city feel’. Traveling underground, rather than overground, ensures that you can get to where you need to be going in a short amount of time. And, even if you happen to miss one, more often than not, the next metro will arrive in 5 minutes. Depending on the metro stop, you can check in and out with your OV-chipkaart using the gates or machines. Fun fact: You can even take the metro to travel between Rotterdam and The Hague. Not only will you see your fair share of cows but also a number of small Dutch towns and maybe even the occasional windmill.

Biking is great. It’s easy, fun and simply good for you. But there will be mornings when you wake up, look outside at the rainy street and wind-swept trees, and realize that the thought of jumping onto your bike sounds like a nightmare. In moments like these, you may be thankful for the existence of trams. Most major cities in the Netherlands have great tram connections and, oftentimes, there are multiple lines so you’ll never have to wait too long to catch one (unless it’s late at night or Sunday). While it’s occasionally possible to buy a ticket from the driver, this two-hour option is far more pricey than if you use your OV-chipkaart.

Will you be moving to a smaller Dutch-typical student city, such as Leiden, Delft or Groningen? Then taking the bus may become your public transportation of choice. Simply scan your OV-chipkaart at the front of the bus, or buy a ticket from the bus driver, and take a seat. They may also save you in certain situations, such as when the metros or trams aren’t running. So, if you’re partying it up during your introduction week, and haven’t gotten a bike yet, you may want to take a night bus instead of walking home and risking getting lost.

Taking a tourist boat on Amsterdam’s channels, or ‘Grachten’, is not your only way to see the Netherlands from the water. If you’re in a city which offers these, you can also travel by ferry, water bus or water taxi. In Rotterdam, for example, you can catch the water taxi at one of its stops on the waterfront and quickly travel from the North of the city to the South. Admittedly, taking a boat is probably not your most convenient option but it may be something worth putting on your bucket list nonetheless.

Or stick with your bike?

Though you have plenty of Dutch public transportation options at your fingertips, you’ll likely still be getting around on your bike most of the time. And why wouldn’t you? After all, you’re moving to a country which is well known for its cycling. The bike paths say it all: they’re everywhere, very wide and often separated from normal traffic. Get a cheap second-hand bike (Student Mobility can help) and you’ll already have taken your first steps towards living the true “Dutch experience”. Just make sure to invest in a heavy-duty bike lock (or two), otherwise, you may find that your super cute new bike may no longer be parked where you left it.

That’s our guide to public transport in the Netherlands. Once you arrive, try out all of these options and decide for yourself which one is your favorite way to get around!