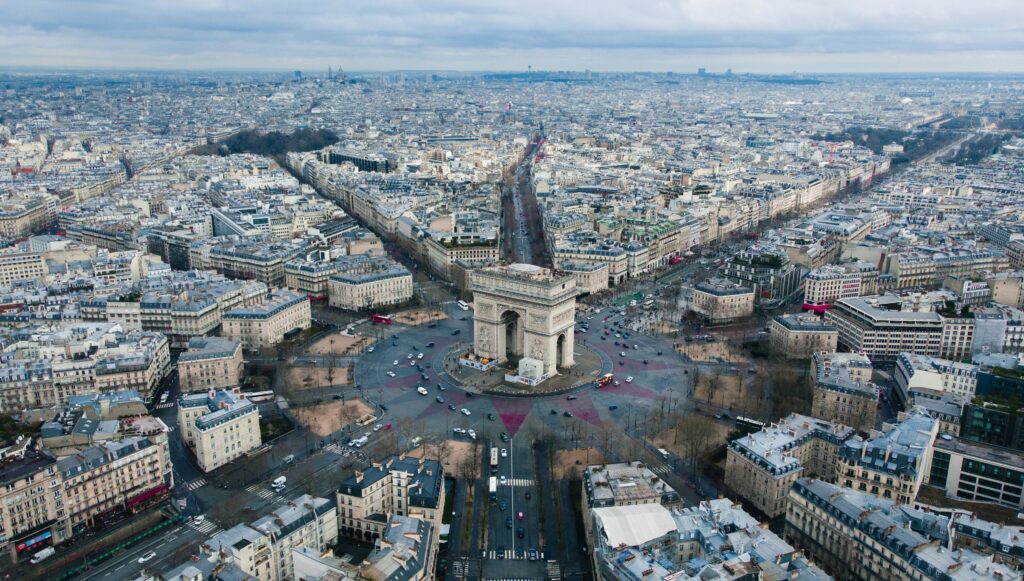 New year, new you, am I right? While most people’s new year’s resolutions may concern their fitness or health, I recommend you also add traveling to that list. The Netherlands offers a great starting point for discovering nearby cities that are bursting with culture, sightseeing opportunities, nature or a fun night out. Of course, it is important to keep Covid-19 restrictions in mind, but with the Dutch government lifting a lot of the recent measures, it’s hard not to see light at the end of the tunnel. And who says you can’t travel safely? If you’re interested in brushing the dust off your suitcase, then keep reading. Here’s our list of the best weekend trip destinations outside of the Netherlands.

In only three and a half hours you can set foot into the world’s most romantic city, Paris. The Thalys trains depart from both Amsterdam and Rotterdam, making your trip both short and comfortable. Although you could probably spend two weeks in Paris without having seen everything, three days is enough time to see the highlights.

Whether it is the beautiful impressionist paintings you are looking for at the Musée d’Orsay or you’re interested in strolling along the Champs-Élysées to go shopping – or window shopping if you’re operating on a tight student budget – Paris has got you covered. Of course, it goes without saying, but stopping by the Eiffel Tower or the Louvre Museum is a must. However, I’m sure that’s already on your itinerary anyway. My favorite activity was by far taking the steep walk to see the Sacré-Cœur in the evening, as the view over Paris is spectacular.

Before the very same Amsterdam-outbound Thalys takes you to Paris, it stops in Brussels, the city that is often referred to as the capital of the EU. Both in terms of proximity and culture, when you’re based in the Netherlands, Belgium is never too far away, and you can also easily opt for a cheap bus to take you there. Upon arrival, don’t miss the variety of treats, from waffles to fries, in addition to gorgeous architectural gems such as the Royal Palace or the guild halls found on the Grand Place. There’s also a bronze statue of a peeing boy called Manneken Pis. Nobody’s quite sure why it is so famous, but many tourists don’t leave without having taken a picture of him.

Germany may not be at the top of most people’s list of vacation destinations, but it does boast its fair share of impressive, large cities, one of them being Hamburg. In just over 5 hours, you could be strolling through one of the world’s largest port cities, or along its famous fish market (just in case you haven’t had enough of Dutch fish yet). If you’re looking for a good night out, Hamburg’s Reeperbahn is well known for its nightlife opportunities.

If you don’t mind a short flight, and you’d like to get out of Western Europe for a bit, head on over to Prague and enjoy the wide abundance of Gothic architecture that it has to offer. There are a ton of bridges, winding cobblestone streets and turquoise domes that truly make you feel like you’ve escaped into the pages of a storybook. Also, the beer is very cheap, so if you’re sick of paying 5 euros for a Heineken, then this might also be one of the city’s selling points. A few days of sightseeing are more than enough, but remember to pack a pair of comfortable shoes. Chances are, you’ll be walking a lot!

Have you never been to Scandinavia, but would really like to go? Well, then Copenhagen might be a good starting point. Though flying is the shortest option, if you’re feeling adventurous and have a bit of extra time on your hands, why not take the train for 10 hours and enjoy the changing scenery. It’s often said that the Danish are the happiest in the world, so maybe you’ll pick up some of that good spirit and return to your studies completely rejuvenated. Colorful houses and boats line the canals of Copenhagen, and it even boasts its own famous theme park called Tivoli Gardens. Apparently, it’s worth a visit even if you’re not into rollercoasters. You could always dig out your inner child and ride on the carousel.

These are our suggestions for the best weekend trip destinations to kickstart your travels this year. If you’d like to look up how best to get to any of these locations from the city where you’re living, make sure to take advantage of Omio’s trip planning tool and find out whether the bus, train or plane is the fastest, cheapest or most sustainable option for your desired destination. We also have more information on this here. Happy travels!