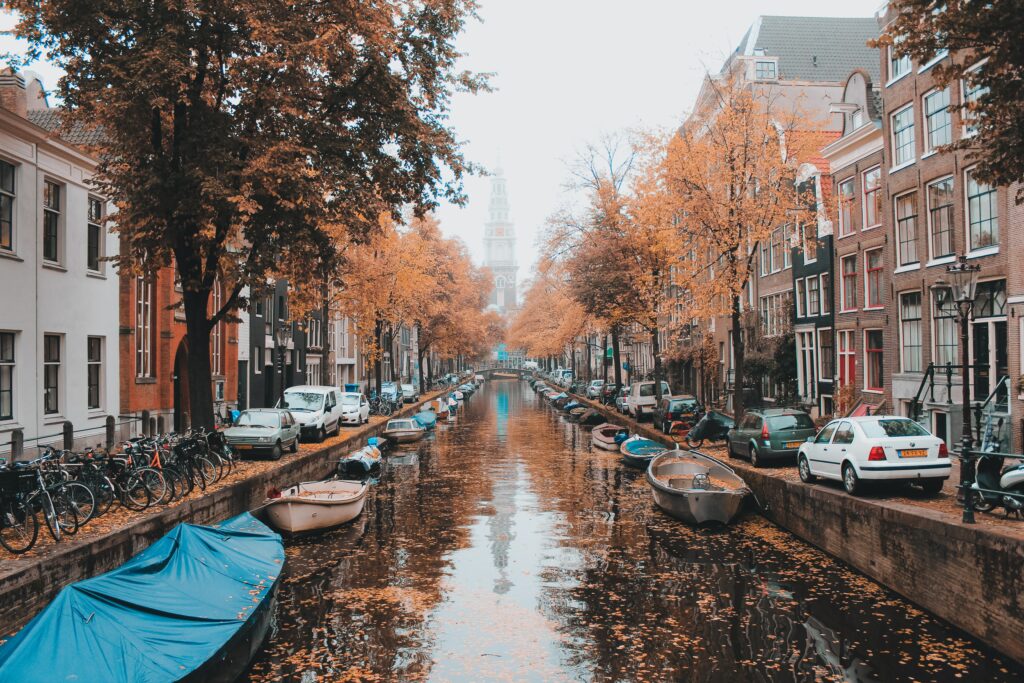 7 Things To Do in November In The Netherlands

Usually, November in the Netherlands is not a highlight. It’s one of those months when you may question why you moved to this country in the first place. The days get shorter and sometimes you don’t see blue sky for days (if not weeks) on end. When that happens, the last thing you’ll want to do is leave the comfort of your couch. However, tell your living room that it’ll have to wait for you, because you already made other plans. Here are the 7 things to do in November in the Netherlands.

Do you want to get instantly smarter? Do you want to impress all your relatives at Christmas with your oh-so-interesting dinner chitchat? Well, nobody can stop you if you go see a couple of documentaries during this festival. Choose from over 250 movies spread out over 12 days all throughout the city. Whether you’re interested in freshening up on your historical knowledge or it’s a heartwarming portrayal of humanity you’re looking for, the festival’s large selection of films ensures that there’s something for everyone. Plus, if you’ve never been to Amsterdam, this is a good time to take your first trip.

Get yourself the Tripkey Mobility Card and travel with a nice student discount.

I’m sure you’ve heard talk of the Dutch Sinterklaas. You may think, “oh, it’s just Santa Claus”, but there are some differences. Sint prefers a horse as his mode of transportation rather than a reindeer-pulled sleigh and he calls Spain home rather than the North Pole. Every year, in mid-November, he arrives in the Netherlands by boat, ready to make all the children’s candy and present wishes come true. This year, Hellevotesluis, a town close to Rotterdam, is welcoming Sint first on November 12th. However, Amsterdam is also hosting its own welcome event one day later, with both a horse and boat parade.

If you’d like to get a glimpse of true Dutch culture, this is surely one of the best ways to do so. However, in case you miss it, there’s always the main Sinterklaas celebration on December 6th.

In November, it’s often so windy that you’re not sure how your feet can stay attached to the ground. What better way to escape the unfriendly weather than by taking refuge in a cozy bar with a nice beer or cocktail? Grab a group of your most excitable friends and go on a pub crawl in the Dutch city of your choice. This is especially nice if your group hasn’t found its regular, favorite bar yet. After all, hasn’t everyone wished to belong to a How I Met Your Mother or Friends friend group at one point or another? There are also pub crawls being organized on groups like Meetup, in case your friends aren’t big drinkers, but you don’t want to miss out on the fun.

Pro tip: Eindhoven has the longest bar street in the Netherlands. The Stratumseind is 225 meters long and has more than 40 bars for you to choose from, often open until late into the night. This might be especially handy if the weather is bad, because you won’t have to walk far to get to your next beertje.

Mid-November is usually the time that skating rinks pop up again throughout the Netherlands, provided that it’s cold enough. Fingers crossed that November doesn’t take inspiration from this year’s uncharacteristically warm October, otherwise we may never be able to put our skates on again. However, skating is still worthy of being on the list, especially with gems like de schaatsbaan Museumplein with a view on the infamous Rijksmuseum, or the long rainbow tunnel of schaatsbaan Rotterdam.

Light installations are really cool. They’re impressive to everyone, even people who wouldn’t consider themselves lovers of art. I mean, who doesn’t enjoy seeing hugely projected colorful masterpieces on the sides of buildings or on top of the channels’ waters? GLOW Eindhoven has all of that. It’s basically a walking route along all of the featured light artworks. What better opportunity to get in your steps and cultural fix all in the same day?

What is it with film festivals and November? Maybe they choose this month particularly because people enjoy cozying up in the movie theatre with some popcorn during this gloomy month. Regardless, Leiden is also hosting its annual international festival from early to mid-November. Maybe documentaries aren’t your thing and you’re more interested in seeing fiction-based arthouse movies. Not quite as big as IDFA, LIFF still boasts an impressive 100 movies from all around the world, offering something for lovers of comedy to thriller alike. Leiden is also a great city to grab a coffee, take a stroll and admire the typical Dutch architecture alongside cute cobblestone streets.

Do you like to exercise and live in or near Groningen? Well, why not sign up for your first (or second, third, etc.) marathon? The cool thing is that it’s not quite like your usual marathon, in that it’s held during the night. While running around in the darkness with a headlamp isn’t my idea of fun, plenty of people join in every year and take up the challenge. I guarantee it’ll also give you plenty of bragging rights within your student circle. I’d be impressed for sure.

That’s our list of the seven things to do in November in the Netherlands. That should keep you going until December and then it’s time to get into the Christmas spirit, of course. Or, well, Sinterklaas spirit, as the Dutch would say.

Student life
7 Things To Do In November In The Netherlands